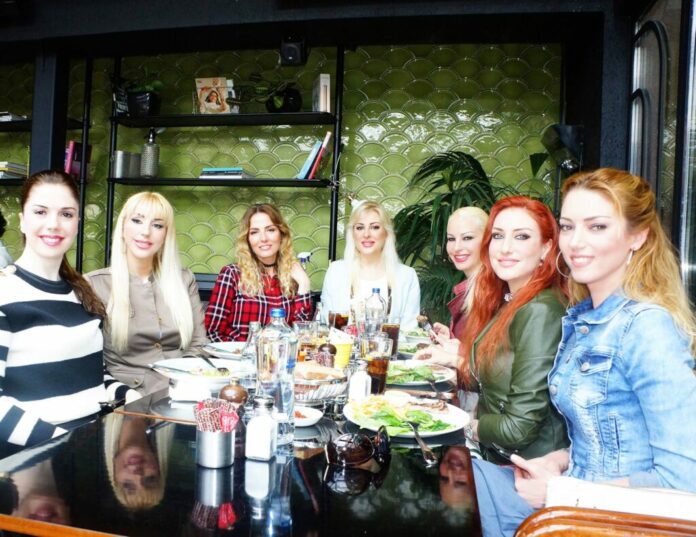 On July 11, 2018, a massive police operation was launched against Adnan Oktar and his friends a part of the Technics & Science Research Foundation (TBAV). The operation was mostly based on the allegation that the group “established a criminal organization to commit crimes” as defined in the Turkish Criminal Code, article 220.

This allegation, which had been made numerous times before about Adnan Oktar and his friends by hostile circles, only to be dismissed by courts each and every time, is completely untrue, illogical and irrational as solid evidence proves beyond doubt.

Let’s have a look at the detailed evidence and information that demonstrates why the so-called ‘criminal organization’ allegation and all the associated accusations are untrue:

THE ALLEGATION OF “ESTABLISHING A CRIMINAL ORGANIZATION FOR THE PURPOSE OF COMMITTING A CRIME, BEING ITS ADMINISTRATORS AND MEMBERS”

The so-called ‘criminal organization’ allegation regarding Adnan Oktar and his friends is a completely imaginary claim, as none of the elements required for the existence of the ‘act of establishing a criminal organization for the purpose of committing a crime’ according to the Turkish Criminal Code, article 220, exists.

According to the Turkish Criminal Code, article 220, in order for a criminal organization to exist:

Now, let’s look at the friendship between Adnan Oktar and his friends and see if it fits any of the above criteria:

According to the Turkish Criminal Code, article 220, in order for a criminal organization to exist, there must be an “intended crime”. In other words, people must have come together to carry out an action that is considered a crime by the laws.

THE MOST IMPORTANT POINT TO TAKE INTO ACCOUNT IN THE EVALUATION OF THE GROUP IN QUESTION IS WHETHER OR NOT THE GROUP WAS FORMED TO COMMIT A CRIME.

In other words, the organization must be built with the purpose of committing a crime, and the relevant people must agree to come together with that goal in mind and then carry out actions in line with that goal.

However, Adnan Oktar and his friends are a group of close friends bound by shared ideas and cultural values, and only enjoy each other’s friendship and support due to being friends for a long time. Since they have similar world views and wish to be useful to their countries, they voluntarily contribute to the cultural activities carried out by A9 TV and various civil society organizations they founded in line with our laws.

They share their ideas and beliefs with the public through various cultural means and through their civil society organizations. They have no purpose of committing any crimes in their unity, which is purely a union of friendship.

Adnan Oktar and his friends have been transparent and open with their lives and works for the past 40 years. Hundreds of books, countless op-eds, TV programs, thousands of conferences held in Turkey and abroad, exhibitions and seminars, scientific publications, countless documentaries and websites, A9 TV shows and the events organized by the foundations –of which Adnan Oktar is an honorary president- have been produced in open view and open to public.

However, this hierarchical order or ‘superior-inferior’ relationship stipulated in the law most certainly doesn’t exist in Adnan Oktar and friends’ circle. So much so, almost every one of the complainants, who gave statements within the scope of the file, mentioned a different hierarchical order. The complainants talked about a so-called hierarchical order that consists of so-called imams, administrators and members, but mysteriously, each complainant had a different name for each of these imaginary positions. The same discrepancy is observed in their ‘administrative group’ scenarios. As a matter of fact, some complainants didn’t even speak of certain so-called ‘imam positions’ that others talked about.

Other than these made-up classifications produced by the complainants, not a single piece of evidence of a hierarchical order could be obtained during the Prosecution or the police investigations, which is quite normal considering that there is none.

Furthermore, the claims of a hierarchical order are also unreasonable from a sociological and psychological point of view. This is because if there really were groups like ‘the leader’, ‘top administrators and people who report to them’, ‘imam boards and an army of disciples that report to them’, there would have to be an iron discipline where there is no right of choice for the individuals. Such disciplined structures can be found all over the world, but they can lure only uneducated, self-conscious and impressionable people.

However, one look at Adnan Oktar and his friends will suffice to see a completely opposite profile. All of the defendants come from elite backgrounds. They are graduates of top schools of Turkey like Robert College, Galatasaray University, Saint Joseph, Bosphorus University, Istanbul Technical University and Istanbul University. All of them have highly independent, highly active and strong characters throughout their school and professional lives. Even their appearance, attitude and language make it clear that they are not fit to be ‘disciples to anyone’. Such people can come together and bond only because they enjoy each other’s company and friendship. Clearly, they have nothing to gain from being a part of such an imaginary hierarchical order. On the contrary, such a position would only be a burden to them, not to mention being completely out of character.

Furthermore, the police have closely watched and wiretapped the entire phone conversations and correspondences as well as bank transactions of the defendants. They also seized all computers and phones during the operation. The phone records in the file is sufficient evidence to understand that there is absolutely no hierarchy or ‘order-obey relationship’ between the defendants. If there really was an organized crime group and ‘administrators’ who gave orders and ‘members’ who blindly followed them, it would have been clearly visible in the phone conversations and correspondences. Quite the opposite, the conversations between the so-called imams and the so-called members are completely normal and even laced with lots of jokes. So much so, in some of the conversations, the so-called members are asking the so-called imams to do things for them. Even these phone records, which are completely opposite of the description in the Turkish Criminal Code, article 220, show that this is not an organized crime group, but only a group of close friends.

TTC article 220 defines the general criminal type of the crime of ‘establishing an organization to commit crimes’. In the third part of the article, it elaborates the specific types of the said crime and names armed criminal organizations as an ‘aggravated type of crime’. In order for a group of people to be described as an ‘armed criminal organization’, they must have used their guns in their activities. Therefore in the process of determining whether the organization is armed or not, the type of the weapons, their features and quantity, whether they were used for the activities of the organization, whether there were any links between the seized weapons and the intended or committed crimes, are taken into account. Therefore, it is impossible to describe an organization as an armed one on the basis of the weapons the people in question have or carry, but which are all state-licensed and were not used in any allegedly intended crimes.

Therefore, it is clear that 70 guns and 27 rifles, all of which are state-licensed, cannot be considered to be a proof for the existence of an armed criminal organization.

According to the laws, in order to claim that an armed criminal organization exists, the weapons must be suitable and sufficient to carry out the intended crimes or the criminal activities. Considering the accusations, in order for all those alleged crimes to be committed, far more people should have had at least a couple of times more weapons that had more advanced qualities. Given the nature of the alleged crimes, the features of the seized weapons seem ridiculous. In other words, there is no link between the alleged crimes and the seized weapons.

Most of the said weapons – especially 27 rifles – were purchased after the failed coup attempt of July 15, 2016. Some of the remaining ones are those that had been seized in the police operation of 1999 and which had been only recently returned after the case was closed.

The rifle sales skyrocketed after July 15 failed coup attempt, since it is easier to get a license on them. Almost all of the rifles seized during the operation are rifles obtained during that time.

All of the weapons were bought after necessary licenses were granted following necessary legal applications. All of the owners were thoroughly examined and checked by the legal authorities and were granted licenses only after it was established that they were entitled and qualified to carry guns.

Also it should be noted that Adnan Oktar and his friends have been consistently on the hit list of many terror groups including ISIS, PKK, KCK, Al Qaeda, and DHKP-C, as a result of their intellectual efforts against terrorism. Adnan Oktar receives death threats almost on a daily basis both on social media and through messages and phone calls made to A9 TV. Some of the weapons in question were obtained by their owners as a protective measure against similar coup attempts after the failed coup attempt of July 15, and some were obtained for the purpose of personal protection. Most importantly, all of them are legal, licensed and have never been used in any armed incident.

Our group of friends and its very existence is born out of love, friendship, a shared desire to volunteer in goodness in order to be beneficial to the society in line with the Islamic values. Describing such faith groups, which are known with their staunch support to the state, is a dire mistake both from a constitutional and human rights perspective.

Such an approach may result in blaming all friendship groups and social unions that form around shared ideas, values, faith and trust, of being criminal organizations. This will no doubt be a very perilous situation.