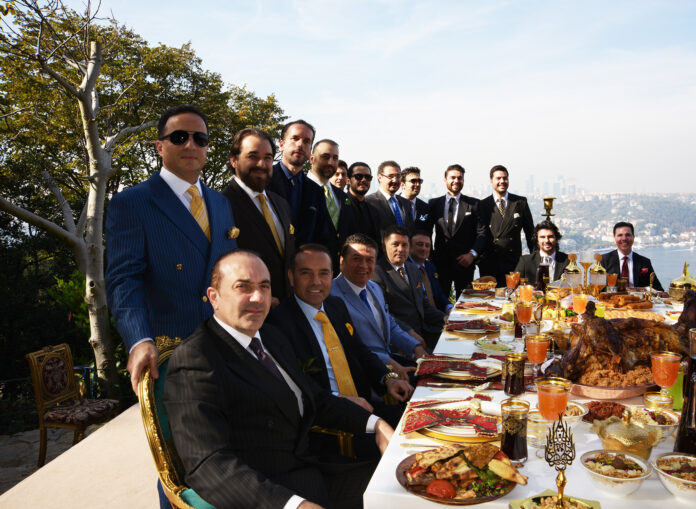 Fabricated allegations that Adnan Oktar and his friends abused some adults and minors are based merely on baseless statements made by so-called victims and complainants out of animosity, and are far from reality.

1. So-called victims/complainants who claim that they have been abused by Mr. Oktar and his friends nurture enmity towards the group or else have been forced to file a complaint against the group by such people with hostile feelings.

These allegations consist of unreal statements of some complainants who had been friends with our community for years but who subsequently had to drift apart due to their improper behaviours and criminal characters, and groundless statements of some so-called victims/complainants who were forced into filing complaints by the former group of people through an organized campaign of coercion and threats of defamation on social media and detention, or through certain promises.

It is completely opposed to the ordinary course of events that these people suddenly decided in unison and after decades to file complaints. When their statements are looked into, one can see that even though they claim that they were exposed to violence and sexual abuse years ago, they still continued to see Mr. Oktar and his friends in the subsequent years.

All of these people actively use social networks, have all sorts of communication means such as mobile phones, laptops, etc. They all live their own daily and social lives, have business circles and families. Most importantly, they are all well-educated, intelligent people who know perfectly well how to defend their rights. If they had really been subjected to what they assert, they could easily report it to legal authorities back then as they can do now.

The fact that none of the so-called victims have notified judicial authorities up to this point disproves their claims fundamentally and points to some other agenda to their current complaints. Moreover, they have not provided any concrete pieces of evidence or witnesses to support their claims, which is quite normal because there is no incidence of violence or abuse in reality.

Those they set forth as so-called witnesses are their friends who are again complainants in the same case file. This proves that allegations of sexual crimes are just fictional.

As a matter of fact, according to established case-laws of the Turkish Supreme Court of Appeals, conditions such as the following reveal that sexual crime allegations of a woman are untrue:

In real cases of abuse and rape, almost all of the victims report the crime immediately after the incident. Victims resort to legal means without reserve and loss of time, file a criminal complaint and get protection orders, and give voice to their suffering through press and social media.

Interestingly, however, all of the so-called victims/complainants who filed complaints against Mr. Oktar and many of his friends have done the afore-mentioned. This fact can be confirmed by hundreds of people who have witnessed them as well as the factual evidence present in the case file (phone conversations, social media posts, photos, etc.).

3. All of the complainants who claim that they were abused by Adnan Oktar have somehow filed their complaints at the same police department (which is in fact not related to sexual crimes), around the same dates and with the same copied and pasted stories.

Considering that the content, parties, and subject of the investigation file was not known to anyone till the police operation on July 11, 2018, it is quite mysterious how tens of people who claim to have been exposed to abuse and violence have decided to go to the same police department – which by the way was not even related to sexual crimes – and gave their testimonies all in the same month.

It is completely contrary to the ordinary course of events that all of the so-called victims (who don’t know each other, who are of different ages and who live in different cities, and even in different countries) to gather at the same police department, in the same month. It is even more intriguing that they did so having been aware of an investigation file which was not known by anyone yet. This indubitably indicates that an organized form of slander was staged and the complainants were manipulated by certain people.

4. In order to put defendants in an even more difficult position and to cause public fury, complainants have fictionalized sexual crime stories in which the so-called victims were supposedly under-aged.

The main purpose in the manipulation of under-aged people into giving testimonies against our group by certain hostile people is their desire to benefit from the recently increased public sensitivity about child abuse. Additionally, it is legally quite difficult for people facing sexual allegations to prove their innocence.

However, these fabricated allegations, just like the others, are inconsistent, baseless and unreal:

If one looks carefully at the testimonies of those who claim that they were abused when they were under-aged, one can see that the stories are manifestly the product of the same pen. Moreover, statements of the existing minors contain such technical legal concepts and legal details that a minor cannot possibly know. Since minors who experience problems in family relationships are vulnerable to deception and manipulation, the hostile complainants have not refrained from taking advantage of this fragility.

The alleged crimes date back years ago. Statute of limitations for the crime of “child sexual abuse”, which is regulated by article 103 of the Turkish Criminal Code, is quite long and is among the indictable offenses, in other words even the withdrawal of a complaint does not affect the prosecution. These stories have been fabricated intentionally to create the image that the so-called victims were under-aged at the time of their so-called abuse in order to create public fury against our group as well as to guarantee aggravated penalty under TCC 103 and the extended statute of limitation set for this offense.

Some complainants claim that Mr. Oktar stroked their heads, cheeks, etc., and do not refer to any active sexual intercourse or any coercion. The reason why these people settled for a story of molestation rather than an active sexual intercourse is quite obvious: because, it is difficult, if not impossible, to medically examine incidents of simple molestation like a cheek stroke (most particularly if years have passed since the incident). There can be no concrete physical and medical pieces of evidence to prove or disprove this claim. But the authenticity of the claims can be verified by the consistency of the parties’ statements and the testimonies of witnesses. In this regard, it should be noted that there are many witnesses and pieces of evidence pointing to the inconsistencies and lies in these false allegations.

Besides, Mr. Oktar has long been sensitive about not having any minors among his guests. He knew and predicted that he could face such slanders and therefore has always acted with cautiousness and common sense regarding this issue. As a principle, he meets with minors only when they are accompanied by their adult family members. This is a fact known by everyone in his close circle.

In addition to all the above, among those who have been detained for 17 months there were women who are also claimed to be victims of sexual assault offenses. If they had really been victimized, they would surely not have stated in their written petitions that they have been treated by Mr. Oktar only with kindness and respect. While hostile complainants cannot provide any concrete evidence or witnesses, hundreds of women who have been friends with Mr. Oktar for years declare that they have been treated by him with the utmost value and respect, and that Mr. Oktar has always invited everyone around him to the good morals of the Qur’an, to love and friendship.

Given how sexual offenses stimulate the nerves of the public, these groundless, contradictory and unreal allegations are clearly used as part of an immense perception operation carried out against our group. That there was no biological or material evidence found during the police operation regarding the allegations in question, and that the case file contains no factual evidence but only hostile complainants’ baseless statements demonstrate that these allegations are unfounded and invalid.