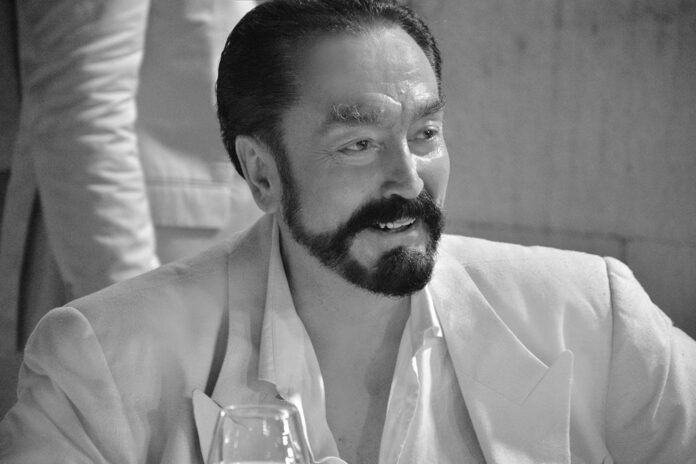 Certain malignant circles that are intent on putting Adnan Oktar and his friends in the most difficult position and who do not refrain from resorting to illegal means to do so, as well as complainants who harbor hostile feelings towards our community, thought that given the current circumstances in Turkey, linking TBAV community to FETO terrorist organization in any way would help them get faster results.

However, it is clear as daylight that Adnan Oktar and his friends do not and cannot have any links to FETO. Any honest person with an average general knowledge and a little knowledge about these two different groups would know better than to consider them on the same page.

The best response to these unfounded allegations is the fact that Adnan Oktar never even once supported FETO leader, but on the contrary, consistently criticized him throughout the years. Even between the years 2010 and 2014 (when Gülen movement was not designated as a terrorist group yet), Adnan Oktar criticized its leader Fethullah Gülen severely and pointed out the dangerous aspects of the group, which were not expressed by anyone else at the time. During those days, no one -including government officials- criticized or dared to criticize Fethullah Gülen, but Adnan Oktar levelled criticism at him.

Adnan Oktar foresaw the dangerous side of the group and issued warnings against them, which put him in the crosshairs of many FETO members who had infiltrated the judiciary and the police force. Years later, Adnan Oktar was proven right when FETO tried to overthrow the government.

As a so-called evidence to back up the claim that Adnan Oktar and his friends are affiliated to FETO, it is claimed that Adnan Oktar and his friends hosted in Turkey Jonathan Schanzer and Mark Dubowitz, from the allegedly FETO-linked Foundation for Defense of Democracies (FDD) and who are claimed to be linked to the filing of a lawsuit against Turkey in US (Reza Zarrab case). Following this claim, this imaginary scenario of hosting these people in Turkey, which actually never took place, was compared to FETO hosting in Turkey US District Judge Richard Berman, who was presiding over a criminal case against Turkey’s state-owned Halkbank and its director Hakan Atilla.

However, Adnan Oktar never met with Jonathan Schanzer or Mark Dubowitz. He never had any contact, dialogue or connection with these people. Oktar and his friends never hosted them in Turkey.

Furthermore, the TV show on which Jonathan Schanzer’s name was uttered took place on August 28, 2013. At the time, neither Jonathan Schanzer nor Mark Dubowitz (who was not even mentioned on the show) were parties to the Reza Zarrab Case. They weren’t yet appointed as experts in the trial. Jonathan Schanzer indicated on an op-ed he wrote for the Weekly Standard on November 29, 2018 that US Department of Justice appointed him and his colleague Mark Dubowitz in 2017 to serve as expert witnesses in the Zarrab case. Therefore, trying to link Adnan Oktar with the FETO-affiliated Zarrab case, solely due to a failed teleconference attempt that took place in 2013 with Jonathan Schanzer whom Adnan Oktar has never met, is clearly an ill-intentioned attempt to build a completely baseless and irrational allegation. Schanzer confirmed this truth in his op-ed saying that he never met Adnan Oktar. As to the baseless allegation that TBAV community paid for the Turkey travel costs of Schanzer and Dubowitz, Schanzer personally denied this lie, too. He found out about the allegations from the information leaked to the press, although the case file was confidential at the time, and felt the need to respond to the allegations. In a letter he sent to the news website ODATV, he explained that FDD, which does not accept any donations from other countries, government agencies or private companies, carries out its activities with the donations of its donors. He wrote that, as a result of this principle, neither him nor other officials of the Foundation accept external funding for their international travels. In his letter, Schanzer said that all expenses and costs related to the journey in question were paid by the Foundation alone, and that, therefore, the allegation that ‘Adnan Oktar organization paid for all their expenses’, which is reportedly included in Istanbul Police Force’s investigation file, is completely imaginary.

Another so-called evidence for the alleged FETO affiliation is the installation files found in the laptop computer of the defendant Mehmet Ender Daban. The installation files were for the mobile application of a FETO-linked website. It was claimed that the files also included the authorization information of the FETO member Yasin Yalçınkaya. However, Mehmet Ender Daban has no connection to the website concerned and the individual named Yasin Yalçınkaya, who was the builder of the application, is not a FETO member but only a namesake of a FETO suspect. The files were in Mehmet Ender Daban’s computer, because as part of his job, he wanted to hire a software programmer, and the applicant sent his previous works as part of his CV, which included the aforementioned application files. The applicant is not a FETO member. However, the email address of this individual was deliberately altered to look like the email address of a FETO member with the same name and then was sent for examination in an attempt to make it look like the defendants were linked to FETO. Clearly, this attempt is a plot, making it clear that allegations of FETO affiliation are mere slanders.

Adnan Oktar and his friends are against ideas and structures that pose a threat to our country and nation. Therefore, they are vehemently against FETO and have no links whatsoever to FETO armed terrorist group.