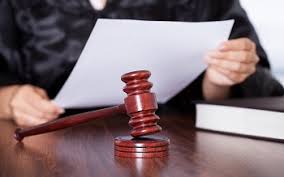 On November 13, 2020, the Prosecutor’s Office issued its opinion on the merits of the case of Adnan Oktar and his friends. The defendants, who had been given only 2 weeks to prepare their defenses, began to plead their cases on November 30. As we are approaching the end of the trial, all legal experts that are monitoring the case agree on the following points;

*The accusations against Adnan Oktar and his friends are unfounded, false accusations and slanders invented by hostile complainants and by those others who were compelled to take a plea deal (because they were under pressure and threat),

*There is not even a single piece of concrete evidence against Adnan Oktar and his friends,

*Allegations such as sexual harassment, rape and abuse, which were concocted in order to agitate the public, are clearly slanders, as shown by scientific evidence and forensic reports,

*Detailed, written and verbal explanations and cases were made by the defendants, pages of evidence and legal basis were submitted by the defense attorneys, in addition to expert opinions by Turkey’s prominent academics and criminal law professors,

This fact also proves that Adnan Oktar and his friends are innocent and reveals that they have been imprisoned unjustly for about 2.5 years now.

At this point, those who prepared this whole plot against Adnan Oktar and his friends have come to realize that all their efforts are in vain, and they have panicked. As a result of this panic, they began to search for new ways of defaming this group of friends by using some of their connections in the police, judiciary and media.

However, since almost all of the members of this group of friends are already in prison or under house arrest, this time they tried to use the relatives, former colleagues or employees, friends of the defendants or simply ordinary citizens who had bought books from Global Publishing in the past. Respectable professionals such as doctors or teachers who are currently working in public institutions, with known registered addresses, and workplaces, persons who would willingly go and testify if they had been called, were taken into custody by brutal force, including breaking of house doors, on the morning of December 15, 2020 with a search warrant issued for 23 people. 16 people were detained, and after a 3-day custody, 3 of them were sent to prison on December 18 on the charges of “membership in a criminal organization” without any concrete evidence. Other 13 people were released.

Strangely and incomprehensibly, among the detainees in question is a young woman who allegedly had been sexually abused by the defendants when she was under age. Under normal circumstances, if such a claim were true, it is clear that this person would be considered a “victim” and would not be “detained”.

Here, the secret purpose behind this operation against Adnan Oktar and his friends becomes clear. Young women who have somehow met or been friends with the defendants in the past are particularly targeted. Just like in the 2018 police operation, these women are detained without any valid criminal accusations or complaints against them, and are forced to make various fabricated accusations and slanders against Adnan Oktar and his friends “after being threatened with arrest and imprisonment for life”. The women who took a plea deal in our case file were frightened and intimidated by such threats and pressure. This also seems to be an effort to create a public opinion against the group before the Court decision is announced.

In fact, as seen in the documents in the case file, some young women were unlawfully listed as suspects, were banned from leaving the country, and then they were called by the Financial Crimes Department and told that they would be suspects if they did not file complaints against Adnan Oktar. So they testified by force and imposition. Some of them disclosed at the court what they had gone through by saying crying “I had to press charges “, “they said I would be a suspect if I did not file a complaint”, “I would not file any complaints if I had not been called by the police”.

At this stage of the trial, since the innocence of the defendants has been clearly demonstrated, these hostile circles are now trying to influence the court through media pressure, and are resorting to new tricks and traps, using all means of injustice and unlawfulness.

Restriction of the Right to Defense

While these were happening, violations of the right to defense continued in the courtroom. The fact that the defendants who were trying to put forward their answers against a terrible conspiracy, which has led to tens of thousands of pages of claims and hundreds of folders of slanders, were constantly intervened by the Presiding Judge and were frequently interrupted, and the psychological tension caused by high-tone warnings as well as pandemic-related difficulties significantly restricted their right to defense.

The court did not abide by the new administrative regulations imposed regarding the daily working hours of public institutions, including courthouses, (i.e. between 10.00 and 16.00), and held the hearings from 09.00 to 20.00. The detained defendants spent the day under bad conditions, without eating for long hours, and were brought to the courtroom at an early hour the next morning.

Moreover, within the scope of the pandemic measures, a curfew is imposed all day on weekends and between 21.00 and 05.00 on weekdays. This meant that detained defendants, who were in the courtroom all day, could not meet with their attorneys, and they could not receive proper and sufficient counseling service from their counsels in such a critical period.

Because of the pandemic, the court allowed the defendants who pleaded their cases from attending the hearings again, but this was surely not enough for the defendants. Their future is at stake, and everyone rightly wanted to know the defense of the others as it related closely to them and their right to defense. The defendants have basically been forced to choose between “attending the hearings at the risk of being infected” or “a limitation of their defense rights”. This clearly is a violation of basic human rights.

In addition to all these difficult conditions, the defendants were constantly intervened during their defense, they were loudly warned, their speeches were interrupted, and some of them were stopped before they could finish and were sent back to their seats. It is understandable that the Court wished to speed the trial process as it is an arrestee-involved case and the defendants desire to be released and acquitted as soon as possible. However, the Court’s concern about the prolongation of the trial unfortunately caused psychological tension in the defendants and their lawyers, and also violations of rights.

The case is in no danger of lapsing. It would not prolong the trials significantly if the defendants spoke for a few minutes more. It was of great importance that the defendants who are tried with serious accusations, like sexual crimes or espionage, were able to make their defense properly in the face of the risk of spending a large part of their lives in prison.

As a result of all these erroneous practices, the defendants were literally subjected to physical and psychological torture; they could not make an effective defense, and their defense rights have been severely restricted.

Apparently the court had decided to finish the case before the New Year. The defense lawyers submitted petitions regarding the issue because the most important thing in a legal case is to reveal the material facts, not to end the trial in a rush just in order to stick to a pre-set schedule. But sadly, nothing changed and the hearings were held in the same rushed manner, and continued for about 12 hours a day.

Furthermore, the way the Court handled the hearings prevented the defense from pleading their case in a proper manner and instead forced the defense counsels to speak quickly and summarize their defenses in a short time without elaborating. This naturally caused tension in the courtroom.

As a matter of fact, even some of the defense lawyers were interrupted by the judge. One of them was Bahri Belen, who is a doyen in his profession. Belen is an experienced and senior lawyer who has been in the profession for more than 40 years. He served in the board of directors of the Istanbul Bar Association. He also served as a defense counsel in many famous political cases of Turkey in the past, including the Cumhuriyet Newspaper (left lean Turkish daily) and the Gezi Park cases. During the hearing, he was responding to the statements and claims of a complainant against his client, when he was unfairly interrupted by the judge on the grounds that he was talking about irrelevant things. Then the Judge had his microphone turned off. Upon Belen’s objection, the judge ordered the gendarmes to take him out of the courtroom by force.

Before Belen left the courtroom, he said (with no microphone, so these words of him will not be available in the hearing minutes), “You are making the accusations, but you do not allow us to defend ourselves…I am very disappointed. What kind of a court am I acting as a lawyer?” he said as he expressed his distress over the way a lawyer was treated.

Other lawyers also got up from their seats to support Belen. In order to protest this unfair practice, they meant to leave the courtroom together with him. But later they decided not to do that because if they did, the judge would skip the counsels and move on to taking the final words from the defendants on the grounds that “there were no lawyers left to continue with the defense”. So except for a few, they stayed in the courtroom and the hearing continued. This is just one example.

Limiting the right to defense terribly, the court managed to stick to the schedule and heard the defenses and the final words of the defendants and postponed the hearingsto January 11, when the verdict will be pronounced. If you are around during this  time, we would be glad to have you here.

We will keep you informed about the verdict after it is announced.

People are sentenced to tens of thousands of years in Turkey