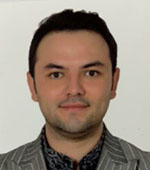 The following case regarding Attorney Esref Nuri Yakisan, who has been acting as a defense counsel in the case file numbered 2019/313 is another example of how the lawyers in the related trial has been subjected to unlawful practices, irregularities by the panel of judges and violation of principles of local and international law since the beginning of the prosecution.

He has been convicted by the same court where he was acting as a lawyer representing defendants in the case file. The public prosecutor of the same case file merged his file, with the case file that he was acting as a defense counsel. The same court convicted him with the charge of allegedly being a member of a so-called criminal organization. In doing this the court carried out a series of unlawfulness by distorting the facts, an investigation was started about him unlawfully.
Attorney Esref Nuri Yakisan’s right to defense was prevented as he was not provided with a natural judge, or an impartial court. He was not allowed to take assistance from his lawyer, he had no opportunity to hear the allegations against him at court and could not defend himself by asking direct questions to the complainant.
The details of the case on Attorney Esref Nuri Yakisan, one of those lawyers threatened, restrained, intimidated, trapped and finally convicted in the mentioned case file 2019/313 present the extent of unlawfulness, illegality and unfairness implemented since the beginning of the prosecution against a group of friends who have not committed a single crime in their lives.
The mentioned case file and the involved decent and innocent citizens, highly educated and modern women and men of Turkey seek justice and their acquittal through law and a right to a fair trial.

UNIVERSAL PRINCIPLES OF CRIMINAL LAW, ARTICLE 6 OF THE ECHR AND ARTICLE 9 OF THE CONSTITUTION ARE BREACHED IN VIOLATION OF PRINCIPLE OF NATURAL JUDGE AND IMPARTIAL COURT

A MANIFESTATION OF THE FACT THAT THE INVESTIGATION THAT STARTED ABOUT ME, THE TRIAL CONDUCTED AND THE VERDICT GIVEN AS A RESULT OF THAT TRIAL ALL SERVE THE INTENT TO REMOVE ME FROM THE CASE FILE AND TO PREVENT ME FROM PERFORMING MY PROFESSION INSTEAD OF SERVING THE ESTABLISHMENT OF JUSTICE.

THE PRINCIPLE OF IMPARTIAL AND OBJECTIVE JUDGMENT HAS BEEN IGNORED

THE ATTORNEY OF A PARTICIPANT, AND THAT A COMPLAINANT CANNOT ADDRESS A QUESTION TO ME WAS VOICED AND THE NECESSARY OBJECTIONS HAVE BEEN RAISED BOTH BY MYSELF AND BY THE DEFENSE ATTORNEYS, this wrongful procedure has been continued by the Presiding Judge and the trial has been conducted in an illegal fashion.

Note: The above facts and details are a part of the petition of Attorney Esref Nuri Yakisan who has made an application to the Court of Appeals and is right now in prison waiting for the manifestation of justice.

Right to a fair trial denied in the Adnan Oktar case