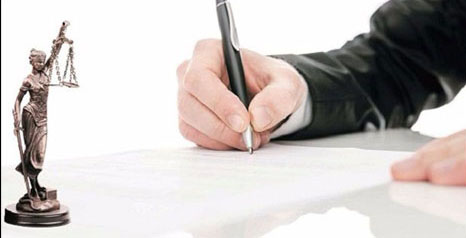 We wanted to inform you about the violations of law in a court case in Turkey over Adnan Oktar and his friends. The case has 236 defendants (83 of whom are still in jail), whose characters have been assassinated by the media since the day of the police operation with false news in breach of the presumption of innocence. (You may take a look at the “who are the defendants?“ section from adnanoklarlawsuit.com website: https://adnanoktarlawsuit.com/2020/07/02/who-are-the-defendants/)

The case has been going on for about 3 years with human rights and legal violations.

All the property of the defendants has been confiscated and the highest sentences of thousands of years (the highest jail sentences for such alleged crimes in the history of Turkey) have been imposed by the court without any material and legal evidence to confirm the allegations. We hereby present to you the evidence why the trial and sentences were not legal and lawful, and kindly ask for your patience to read through this email and the link provided and give us your advice, guidance and help on this significant issue.

Before his imprisonment, Adnan Oktar had a popular daily, live TV show where he relentlessly promoted peace, freedom of speech, faith and importance of democracy. Having written more than 300 books that were translated into 73 languages, he became widely popular not only in Turkey but around the world. He advised women to actively participate in society and supported them in their free choice of dress and lifestyle. He hosted representatives of the Christian and Jewish faiths on his live TV show, and fought intellectually against anti-Semitism in the Islamic world. He opposed radicalism and terrorism, which made him a target of radical terrorist organizations such as al-Qaeda and ISIS, which threatened him on several occasions.

The modern, Western-oriented, progressive views of Mr. Oktar and his friends, based on a modern understanding of Islam provoked reactions from orthodox groups which have a great influence on politicians in Turkey. In their dislike of what Mr. Oktar and his friends represented, these orthodox groups have launched a massive black propaganda to stop his intellectual efforts and end his broadcasts on A9 TV. As a part of this campaign, certain hostile groups were arranged to concoct a plot against him and subsequently, a police raid took place on July 11, 2018.

As a result, Adnan Oktar and 200 of his friends, none of which have any criminal records and all of whom are well-educated, successful people from respectable backgrounds, were picked up from their homes, kept in police custody for eight days and then were taken to jail.

The TV channel where the group’s views were broadcast, the publishing house that printed Mr. Oktar’s books, and all the websites containing Oktar’s works were shut down without any legal basis. In summary, the whole case in question aims to halt the intellectual work of the group, and sadly the law is being abused to that end.

Since the police operation that took place on July 11, 2018, unlawfulness and violation of international conventions and human rights have been taking place in every stage of the investigation, prosecution and proceedings of the trial.

In violation of the principle of “natural judge” and “prohibition of discrimination”, a panel of judges was specially formed and dedicated to hearing this particular case of Adnan Oktar and his friends, as well as the case of Osman Kavala/Gezi Park. Soon after sentencing Adnan Oktar and his friends to thousands of years of jail penalty on January 11, 2021, the panel was dissolved.

Throughout the hearings, the defendants were exposed to discrimination on the basis of their beliefs. They have been arrested for fabricated reasons and convicted on fictional grounds as a result of the provocations inflicted by orthodox groups who react to their faith and lifestyle for religious and political reasons.

The lawyers of the defendants who have been trying to give legal assistance throughout this term have been subjected to the same unfairness and some of them have also been interrogated, investigated, prosecuted and imprisoned in the end. The defense counsels were subjected to unethical and unlawful conduct by preventing them from defending their clients, depriving them of their right to pose direct questions, not allowing them to raise their objections, having their microphones turned off and having them taken out of the courtroom by the gendarmerie with the arbitrary directives of the presiding judge. These intimidation methods implemented on the lawyers are intended to raise concerns in them, make them refrain from making an effective defense and even withdraw from the case, and in the end deprive the defendants from receiving any legal assistance from their lawyers. All this setup loaded heavily with burdens of illegality, violations of law, and breaches of human rights is aiming at preventing the acquittal of defendants and the truths from surfacing.

Since defendants have not been treated in a fair and lawful way in the last 3 years, and many of them have been imprisoned and are still in prison despite their innocence and even though they have provided all the evidence to surface the material truth, their efforts have been suppressed through illegality and unlawfulness that was put to use by various parties involved in the process.

Below is an explanation on why the so-called “justified decision” of the court is not justified and how the court sentenced the defendants to thousands of years in jail without any legal basis.

Having resorted to all lawful means to seek justice and fairness, within the legal system and by means of the appeals that have been made to the higher court, the defendants are still seeking that their voice is heard by an impartial court, an impartial judge and an impartial jurisdiction.

The Decision Numbered 2021/6 Issued by the Istanbul High Criminal Court No. 30 Does Not Contain Proper Justification, Therefore It Is an “Unjustified” Decision

The case numbered 2019 / 313E. has 236 defendants (including 10 lawyers) in total (10 intervening defendants, 1 complainant defendant and 225 defendants). 170 of these defendants were kept detained for about 17 months, then 96 of them were released to be placed under house arrest while 83 of them still remain to be detained. The measure of house arrest imposed on the 96 defendants continued uninterruptedly until 11 January 2021, when the verdict was given.

The court did not investigate any evidence during the 16-month prosecution, committed many procedural violations during the trial, deliberately violating the defense rights of the defendants and their rights to a fair trial. A detailed list of the unlawful practices is available at https://adnanoktarlawsuit.com/2021/04/14/irregular-proceedings-of-the-panel-of-judges-during-the-trial/

We kindly ask you to have a look at this compilation, which will be beneficial to have a better understanding of the unfairness and unlawfulness the defendants have been subjected to during the prosecution.

Those defendants tried for TPC article 220/1-3 (for establishing or administrating a criminal organization) are held responsible for all these crimes by the reference of TPC article 220/5.

The assets of 235 defendants and 86 companies were seized and the management of the companies was transferred to the TMSF (Saving Deposit Insurance Fund) trustees. In addition, the court decided to confiscate 8 companies, 34 real assets and 64 vehicles.

In the justified decision of this case, the indictment is repeated almost as exactly as it was, including spelling and punctuation errors. The court ignored the 16-month prosecution process and refrained from writing a justification for its decision, and it was content with copying and pasting what the prosecution had already written in the indictment.

Turkish Penal Code Art. 54 and 55 on confiscation of property and gains introduce provisions of “special confiscation” and make clear that there should be a close relation between the asset value subject to confiscation and the crime committed. Hence, the prerequisite for confiscation is that the asset value has a relationship with the crime. However, the court did not explain for which criminal acts it made this decision about the companies, real estates, vehicles and any of the confiscated properties. It did not establish a causal relation with the crime committed, and could not give justification for confiscation. Violating the right of property, the court decided to confiscate even the white goods in the defendants’ houses on abstract grounds that “it was understood that they are allocated for the use of the members of the organization”.

Even though the court’s confiscation decisions appear to be given by the Turkish Penal Code Art. 54/1 and 55, they have the effect of “general confiscation” in terms of content and therefore are not lawful. In fact, the Prosecutor too appealed the court’s decision in this respect.

The unjustified confiscation decisions made by the court without considering the defense and evidence presented by the defendants regarding how they earned the income to purchase the confiscated assets (through inheritance, bank loan, salary earned, etc.), and made without establishing a causal relation with the alleged crimes appear to be an extortion and plunder by the institutions of the state.

The information and documents showing that the case is based on hostility has not been evaluated by the panel of judges, and the entire judicial process has been executed in a manner far from searching for and revealing the material truth.

Photographs of the complainant with the defendant Mehmet Ender Daban (AFTER SHE HAD FILED A COMPLAINT AGAINST THE DEFENDANT) at the Kirikkale F Type Prison, on 05.02.2019

But, it is not specified which attitude and behavior of the defendant led to this discretion, and the exactly same justification is used for all the defendants, without making an individual explanation. None of the defendants had any behavior or an argument that would disturb the order of the proceedings, or a disrespectful attitude against the panel of judges. In fact, the court has not made any decisions or taken measures on this subject during the hearings.

For all these reasons, the “justified decision” in question is not a legally acceptable decision made as a result of a fair trial, but an “unjustified” decision.

Hundreds of women and men, highly educated and conscientious, with no single element of crime in their lives, with clear records of being decent citizens, are being discriminated and treated in a way reminding the inquisition of the past, yet there is still belief that fairness and justice will definitely prevail.