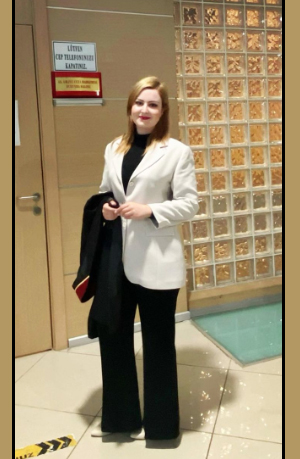 Another lawyer of Mr. Adnan Oktar is arrested on unlawful grounds, while another three are released on condition of judicial control after having been held in custody for four days. The aim is to deprive Mr. Oktar and the other defendants of defense, to intimidate the other defense lawyers, and thus force them to withdraw from the case.

As we have informed you earlier, Mr. Oktar and his close friends were detained and arrested on July 11, 2018. In this case, comprising of 215 defendants, 72 of whom are still imprisoned, countless instances of unlawfulness and human rights violations have occurred and continue to do so.

The circles, which are against the  views of Mr. Oktar and his group of friends who are modern, educated, enlightened Muslim people cherishing culture and arts and respecting human rights, the superiority of democracy, freedom of speech and faith, have started a campaign four years ago to silence this group and halt their work that includes over 300 books, articles, as well as talk shows on the TV channel A9 TV.

The hostile groups who have infiltrated the state use such methods as character assassination, political lawsuits, and slander to weaken different views. In such cases, as in our case, legal norms do not apply, and predetermined decisions and penalties are given by specially and unlawfully formed court delegations without a fair trial.

In our case, on January 11, 2021, jail terms of tens of thousands of years were given by the court through countless violations of law. The court’s sentence was recently overturned by the appeal court on March 15, 2022, and 68 of the detained defendants were released. In this process, it became clear once again that the Adnan Oktar case is one of a political conspiracy case that is not based on legal grounds. After the 400-page verdict of the appeal court and the release of the defendants, these groups panicked as it became clear that “there is not a crime or a criminal organization, but only a political conspiracy”. These circles in question used their members in the press and made a big fuss in the press and the social media. Thus as a result of the immense pressure over the court, they ensured that the released defendants were re-arrested in 2 weeks.

Furthermore, the morning after our friends were re-arrested, Mr. Oktar’s and some of the other defendants’ lawyers, namely Atty. Sinem Mollahasanoglu, Atty. Arzu Gul, Atty. Ayşe Toprak and Atty. Burak Temiz were taken into custody.

After being in police custody for four days, the other three defense lawyers were released on judicial control measures. This was a way to intimidate them by reminding that they could be arrested any time. Right after Atty. Mollahasanoglu was aware of a search warrant, she went to her office and surrendered herself to security forces. Although her behavior dispelled any suspicion of flight and revealed there was no need for an arrest, she was still arrested through a disproportionate measure.

In the meantime, the media reported that 8 lawyers were sought and 4 of them were detained. This caused uneasiness on the part of other defense lawyers, who worried about being detained, too. Eventually, some of them withdrew from the case while some others abstained from submitting petitions in the name of their clients.

The reasoning for the arrest warrant issued for Atty. Sinem Mollahasanoğlu was that “she had put pressure on the complainants of the case.” According to the fictitious setup, it is claimed that Atty. Mollahasanoğlu supposedly held a telephone conversation with one of the defendants, a friend of Mr. Adnan Oktar for more than 30 years, who would later apply to benefit from the effective remorse provisions (i.e. who would apply to make a plea deal). It is alleged that in this phone conversation, Atty. Mollahasanoglu conveyed some words of “love” and “compliments” to her from Mr. Oktar.  Even though she does not accept this claim, if this conversation the content of which is nothing but words of love, compliments and good wishes had really taken place, it clearly does not intend to put pressure, intimidate or threaten.

Furthermore, according to the Turkish Attorneyship Law, investigations on attorneys can only be conducted upon the permission of the Ministry of Justice. Article 58 of the Attorneyship Law reads;

“Investigations on attorneys induced by crimes arising in connection with their practice of attorneyship, or their duties with the organs of the Union of Bar Associations of Turkey or bar associations, or the crimes they commit during the performance of their duties will be conducted by the public prosecutor in the jurisdictional area where the crime is committed.”

However, no permission for an investigation was obtained from the Ministry of Justice for neither Atty. Sinem Mollahasanoglu nor other defense lawyers.

By detaining and arresting the defense lawyers and causing public outrage, those who want to destroy Mr. Oktar and his group of friends have achieved the following goals:

●  The Council of Judges and Prosecutors (HSK) initiated an investigation on the judges of the appeal court who gave the decision of reversal.

●  Atty. Sinem Mollahasanoglu, who has given effective legal assistance to her client and who therefore is held primarily responsible for the “decision of reversal”, was arrested – under the pretext of Mr. Oktar’s so-called “words of love” for his 35-year-long friend.

●  Other defense lawyers were intimidated through decisions of “judicial control measures” giving the message that “if they continue acting as effective defense counsels in this case file, they would also be arrested.”

●  In the searches carried out in the offices of the lawyers, all the defense evidence and legal files were seized and taken away, without the existence of a seizure order. The computers, hard disks, documents, etc. seized have not been returned. This way, all the evidence, and legal documents related to Mr. Adnan Oktar’s defense were taken away right before the upcoming new trial that will start on September 6, 2022.

It also needs to be mentioned that around the same time all the above happened, upon the letter of the 30th High Criminal Court dated April 27, 2022, Mr. Oktar’s right to defense -a most basic human right- was restricted. According to this decision, he will have restricted rights to see his lawyers, his meetings with them will be videotaped, an officer will be present during these meetings, and all the documents he exchanges with them will be seized and inspected.

In violation of the confidentiality of attorney-client meetings, which is essential for effective legal assistance, the court ruled on April 27, 2022, to impose these measures on Mr. Oktar, justifying its ruling by the ongoing investigation on Atty. Mollahasanoglu and her arrest (which, as explained above, contains many forms of unlawfulness by itself).

The same restrictions had been imposed on Mr. Oktar for 9 months, right before the trials in 2019. Nothing illegal had been found during those meetings but even the most confidential parts of our defense arguments had become common knowledge. It is quite suspicious that again right before the upcoming new trial, the same restrictions are imposed to reveal our defense arguments.

Moreover, it seems that even these restrictions are not considered sufficient and a further obstacle is laid:  After 4 years of isolated detention in Edirne (farthest west point of Turkey), Mr. Oktar was transferred to a prison in Erzurum (close to the farthest east point of Turkey), 1.500 kilometers away from his family and lawyers

Mr. Adnan Oktar has resided in Istanbul and has lived in Istanbul for nearly 40 years. His family, relatives, and lawyers also live in Istanbul. In this respect, we cannot understand what kind of reason, necessity, benefit, or exigence there is in sending him to a city that is almost 1500 km away from his place of residence.

According to the judgment of the European Court of Human Rights:

“Relying on Article 8 (right to respect for private and family life) of the European Convention on Human Rights, the applicants complained that their requests to be transferred to a prison closer to their family home had been rejected. Violation of Article 8.” (Avşar and Tekin v. Turkey (applications nos. 19302/09 and 49089/12), 17 September 2019)

Only in a month, by causing public outrage, detaining and arresting the defense lawyers, those who want to destroy Mr. Oktar and his group of friends have achieved the following goals:

–    The Council of Judges and Prosecutors (HSK) initiated an investigation on the judges of the appeal court who gave the decision of reversal.

–    Atty. Sinem Mollahasanoglu, who has given effective legal assistance to her client and who therefore is held primarily responsible for the “decision of reversal”, was arrested – under the pretext of Mr. Oktar’s so-called “words of love” for his 35-year-long friend.

–    Other defense lawyers were intimidated through decisions of “judicial control measures” giving the message that “if they continue acting as effective defense counsels in this case file, they would also be arrested.”

–    In the searches carried out in the offices of the lawyers, all the defense evidence and legal files were seized and taken away, without the existence of a seizure order. The computers, hard disks, documents, etc. seized have not been returned. This way, all our evidence, and legal documents related to our defense are taken from us right before the upcoming new trial.

–    The court decided to have Mr. Oktar’s meetings with his lawyers videotaped and all documents he gives and receives from his lawyers seized.

This is not the first time the group’s lawyers are discouraged from giving effective legal assistance to their clients in this term of 4 years since the police operation in 2018. Several other lawyers were also interrogated, investigated, prosecuted, and even imprisoned. Although there was not even a single piece of evidence, they were arrested depicting their regular legal duties (such as dealing with the legal affairs of their clients, holding meetings regarding the cases they follow, issuing power of attorney, receiving payment in return, and etc.) as if they were so-called criminal organizational activities. Another lawyer of Mr. Oktar, Atty. Esref Nuri Yakisan, was charged with “being a member of the so-called criminal organization” and with “the crime of threat” under the pretext of an imaginary scenario of “sending greetings” to the lawyer of a complainant. He was subsequently arrested and sent to prison on January 11, 2021. He was imprisoned for 14 months. The aim is clear to see: Mr. Adnan Oktar and his friends are intended to be left with neither lawyers nor defense.

During the hearings, lawyers’ microphones were frequently turned off and some of them were forced out of the courtroom. This oppressive attitude of the court towards the defense lawyers is referred to in the trial observation report of the UK-based “The Solicitors International Human Rights Group” (SIHRG), a non-governmental organization that observed the trials. The SIHRG report” issued in September 2021  cites an example that took place at the hearing on November 28, 2019:

“One witness was asked if she breastfed her child or if Adnan Oktar told her not to. Her defence counsel stood up and objected to this line of personal questioning. THE JUDGE SHOUTED AT HER AND INSTRUCTED THE GENDARME TO REMOVE HER FROM THE COURT. SHE IS REMOVED WITH AROUND 20 MILITARY POLICE AND GENDARME SURROUNDING HER.”

We are deeply saddened by such incidents in our country, which is a state of law. We hope that our State will give the necessary response to those, who want to intimidate lawyers only performing their duties, who want to deprive us of defense through intimidation.

Turkish MP Gergerlioglu on Adnan Oktar case: Arrest of the lawyers is a sign of political pressure