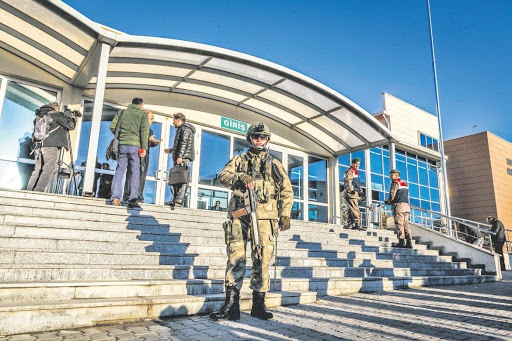 Bozyigit told the Court about the details of the coercion she had faced:

The Prosecution and the adversarial party’s attorney wanted Bozyigit to be arrested on the grounds that she may tamper with evidence (even though she had been free through all this time and had not tampered with any evidence) and that she had participated in the acts against the plaintiffs.

The Court disregarded what the defendant had experienced at the police station and ruled to hear the police officers and the attorney (whom should have been indicted on account of the offences they committed during the performance of their duty, but whom have not been) as witnesses and expected them to testify against themselves.

Bozyigit has literally been labelled as a liar, and those about whom she complained have been heard as witnesses, when neither she nor her attorney was in the courtroom, and thus their right to ask questions to these people was hindered. In violation of equality of arms principle and the right to a fair trial, witnesses were heard and they denied the points Bozyigit stated the day before.

In the absence of the defendant, without hearing her final words in the face of the arrest demand, and therefore in violation of the procedural law, the Court issued an arrest warrant in absentia.

When the defendant was in custody and during the police interrogation, she was subjected to torture and maltreatment, in violation of the following:

Therefore, her testimony at the police station, even if given in the presence of an attorney, is null and void. However, even though she stated that she had been sexually harassed during the interrogation, an arrest warrant was issued merely because she withdrew her statement in which she wanted to benefit from the effective remorse law.

The Court settled for hearing only one of the two police officers who had interrogated Bozyigit.

The police officer who was heard acknowledged that there had been procedural mistakes, that the interrogation had not been video-recorded and this had not been written down.

It is dubious whether the attorney who had been called for during the police interrogation had really been assigned by the Bar. As a matter of fact, this attorney is married to a police officer and had exerted immense pressure on Bozyigit to benefit from the effective remorse law.

Even after Bozyigit gave her testimony at the police station, she was called numerous times by the police officers and pressure was exerted on her. This is proven by the phone HTS (Historical Traffic Search) data.

On the other hand, except for a few people, the so-called members of the alleged criminal organization do not know Bozyigit at all. None of the complainants have accused her of any offence. Let alone a strong suspicion, there is not even the slightest suspicion that she may be a member of the alleged organization.

Because of these reasons, the recent arrest order is unjust and arbitrary.

The ruling of the Court is particularly important because Bozyigit was one of those people threatened and coerced to accept fabricated allegations. She finally had the courage to step forward and tell what she had gone through, but her courage is literally being repaid with punishment. This inevitably serves as an alarming example to other defendants and plaintiffs who wanted to benefit from the effective remorse law as a result of threats and unbearable conditions of the prison, yet who refrain from making false incriminating statements. They are literally being forced to make false incriminating statements against the defendants in order to avoid being arrested.