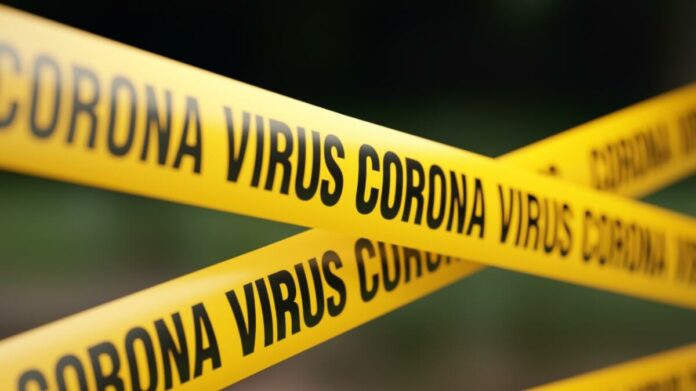 A hearing was held on May 4, 2020, to review the detention of all detained defendants, who did not come to the courtroom due to the Corona measures but connected to the court through video conferencing. Only the judges and the lawyers were present in the courtroom. After 2 days of hearings, on May 5, the court once again ruled for the continuation of all defendants’ detention, including those whose maximum amount of time allowed by the law has already expired. Lawyers who demanded their clients’ release explaining why it was necessary also due to the current pandemic were not allowed to speak, on the grounds that this was not what the hearing was about.

For those defendants charged with being members of an alleged armed criminal organization (Turkish Criminal Code 220/3), the maximum length of detention is 18 months. Accordingly, for those defendants in our case who were arrested in July of 2018, the time has expired in January 2020. However, some defendants are charged with TCC 220/3 but still detained due to “the possibility that the charges against them may change”, implying that they may be charged with being “administrators” in the alleged criminal organization. There has been no factual evidence that has been presented to the court for such allegations. No allegation exists that these defendants have given orders to or administered anyone. Therefore, contrary to the reasoning of the court, there is no possibility that the charges may change against them. In the continued detention of these defendants, clear provisions of the law are being disregarded, and, hence, their liberty is being restricted arbitrarily.

For some other defendants, the court stated as a reason for the continuation of their detention that they had not yet been interrogated. In Turkey, all court hearings have been delayed since mid-March due to Coronavirus measures and nobody knows for sure how long the pandemic will continue, and hence when the courts will restart hearings and normal court functions again. The fact that they had not been interrogated should not be a reason for long detention under these extraordinary conditions.

The next review of the case file will be on June 4, 2020, but it will not be a visual review (according to the law, a case file is evaluated by the court every 30 days, but visual, in-person review is required only every 90 days). The date of the next hearing will also be announced then.

According to the Recommendation Rec(2006)2 of the Committee of Ministers to Member States on the European Prison Rules, imprisonment is by the deprivation of liberty a punishment in itself and the suffering inherent in imprisonment should not be aggravated by any regimes. Physical and mental health of all prisoners should be protected and any diseases should be treated without discrimination on the grounds of their legal situation.

The number of people in penal institutions in Turkey diagnosed with coronavirus was announced as 17 on April 13, while this number increased to 120 as of April 28. In other words, in 15 days there has been an increase of 606% in the number of cases. Even this comparison clearly shows that, despite all the efforts, the people in penal institutions can’t be fully protected from this pandemic.

In addition to these poor nutritional conditions, considering the hygiene problems, the inmates kept in penal institutions cannot have a strong immune system against the coronavirus threat and cannot combat this disease. In line with the measures taken within the scope of combating the pandemic, it is forbidden to receive new clean clothes from outside to minimize the contact with the outside world. As a result of this measure, however, cleaning and hygienic conditions have been restricted as well.

Certain medications and needs, such as vitamin supplements that are not provided free by the state but could be purchased for money, cannot be obtained now due to precautionary restrictions.

Social distancing is impossible in prisons. An outbreak of coronavirus in a prison ward means that it will spread to the entire ward. The isolation measures taken regarding the prison staff are not for the inmates but for the protection of the staff’s families. The only way that the prisoner in the Silivri Prison could get infected by this virus is through the staff. Despite all the measures taken, it is clearly not possible to maintain social distance in prisons.

Besides, all visits have been canceled, and the meetings with lawyers are no longer in the same room, but through the phone and behind glass windows. This leads to an increase in psychological problems in some inmates and, accordingly, to an even weaker immune system. It also restricts the right of defense for the defendants, whose trials are still pending, because the phone calls are listened to and even recorded by the prison staff.

It is clear now that the pandemic will not be over in just a couple of months. Virologists and epidemiologists predict that it will last for at least 2 to 3 more years. There are two main reasons for this:

On March 20, the European Committee for the Prevention of Torture and Inhuman or Degrading Treatment or Punishment (CPT) issued “Statement of principles relating to the treatment of persons deprived of their liberty in the context of the coronavirus disease (COVID-19) pandemic.”

According to the first principle of the statement, “the basic principle must be to take all possible action to protect the health and safety of all persons deprived of their liberty.”

“As close personal contact encourages the spread of the virus, concerted efforts should be made by all relevant authorities to resort to alternatives to deprivation of liberty. Such an approach is imperative, in particular, in situations of overcrowding. Further, authorities should make greater use of alternatives to pre-trial detention, commutation of sentences, early release and probation…”

At this point, it is worth mentioning the new enforcement law that became effective in Turkey on April 15, 2020. Although useful in many aspects, this new law is criticized since it has been put into practice without any review by legal experts. The focus of the criticism is that it is inconsistent, hastily prepared to free up some space in prisons and that it was against the principles of Constitutional equality and proportionality as it did not take into consideration the condition of the detainees at all. With the new law, 90,000 convicts, who had already been sentenced guilty and jailed by the courts, were released, however there has been no regulation or consideration for current detainees who have not yet been charged and may be found innocent at the end of the trials still in progress.

Considering all the above, it is obviously very dangerous and risky to stay at prison. Even the harshest supervision terms, such as house arrest with police officers at the door would be lawful and also serve the purpose of protecting their life and safety.