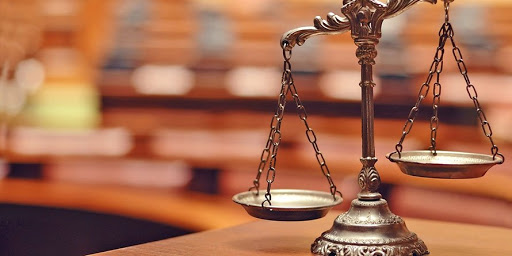 In the scope of the lawsuit known as the “Adnan Oktar Case”, sadly, many illegal violations have been experienced since the investigation stage. One of these is the policy of intimidation and coercion applied to defense lawyers.

Some of the defense counsels in this lawsuit are subjected to false slander and defamation, are being investigated on the grounds of false accusations, faced with being arrested and losing their professional careers.

Other defense lawyers, on the other hand, are concerned that they may face similar threats and problems. The aim is to weaken their resolve and effectiveness, forcing them to follow a passive course in hearings, to refrain from submitting motions, and even to resign.

In the smear campaign launched on social media against our community months before the police operation on July 11, 2018, lawyers acting as attorneys of some of our friends were targeted, and some were detained and released under judicial control measures, while some were arrested.

These arrests cause defense attorneys to fear that they too will be arrested and lose their profession. Besides, unfair complaints are made about some lawyers to intimidate and force them to resign from the case. Hostile intervenors target some defense counsels through the media and social media channels. All these methods and practices are crimes that openly constitute an attack on the rule of law, the right of defense, and the immunity of the defense.

As a matter of fact, the crime of “Attempting to influence persons charged with a judicial duty, an expert witness or witness” is regulated in Article 277 of the Turkish Criminal Code numbered 5237, which also defines jurists as “public prosecutors and judges of the supreme courts, judicial, administrative and military courts and practising lawyers” in Article 6.

The right of defense is among the fundamental Constitutional rights (Article 36). The lawyers who will use this right both on behalf of the individuals and, in the broader context, of social defense must be independent in their activity.

In the Adnan Oktar Case, the independence of the defense counsels is tried to be taken from them by both direct threats and intimidation, and unlawful accusations and other similar methods under legal disguise. The aim is depriving the accused of the right of defense by leaving them without any lawyers, preventing the plot hatched against them from being uncovered, and making sure that the accused will be sentenced to harsh penalties.

* Before the police operation on July 11, 2018, a smear campaign was launched on social media to intimidate the lawyers of our community.

In order to leave our group of friends without a lawyer, many postings containing slanders and insults were made on a Twitter account, of which a hostile intervenor confessed before the police operation that he was the administrator. The official accounts of the Ministry of Justice, bar associations and security institutions were also tagged in these posts targeting some lawyers.

Some examples of these posts are listed below:

The 4 lawyers mentioned in these posts were detained during the police operation on July 11, 2018, and held in harsh conditions in custody for 7 days. 3 of them were arrested and sent to prison.

* The lawyers included in the investigation file as suspects are not limited to these 4 lawyers. Even a lawyer who had resigned from all the case files related to our group of friends about 7 months before the police operation, in other words, no longer had an attorney-client relationship with them, was also detained and then arrested. Thus, the conspirators prevented our community from receiving legal aid from him after the police operation.

* Similarly, the conspirators reached out to 2 lawyers who in the past had represented some of the current defendants, but later had no connections with our community, and they made them testify against the defendants.

* After the police operation, the efforts to intimidate lawyers, who merely practice their job, have become even more extensive. As a part of these efforts, a psychological war is being waged against the former President of the Istanbul Bar Association, Attn. Ümit Kocasakal, who is one of the defense counsels and is an experienced lawyer known to the Turkish public. Mine Kırıkkanat, one of the complainants in the current lawsuit and a journalist who has been hostile to the defendants for a long time, makes unfounded statements, calling him “the mafia’s advocate” in her articles and social media accounts to portray Attn. Kocasakal as a lawyer who is defending the guilty people for money. We think that the aim is to make Attn. Kocasakal, who has seen that the allegations in the case file are not criminal and are groundless, and who has explained this fact before the court with his knowledge and experience, withdraw from the case due to public pressure.

Similar attacks are also made against Attn. Uğur Poyraz, who has served as an attorney and defense counsel in the cases of some of our friends in the past. Mr. Poyraz is a publicly recognized lawyer. He is a candidate in the upcoming Istanbul Bar Association presidential elections. He is threatened that if he represents the defendants in our lawsuit, he will be portrayed as a member of the alleged criminal organization or as an aid to the organization.

A statement was made by the Istanbul Bar Association against Mine Kırıkkanat’s improper and baseless explanations. Some sections of this statement are as follows:

In the article written by columnist Mine Kırıkkanat on Cumhuriyet Newspaper today (on April 26, 2020), some remarks are made about a former president of our bar, Attn. Prof. Ümit Kocasakal regarding his position in the lawsuit known to the public as the Adnan Oktar case.

In the same article, unjustified accusations were made also against the bar member Attn. Uğur Poyraz – by establishing a connection with the same lawsuit.

… Attn. Prof. Ümit Kocasakal is a former President of our Bar who has made significant contributions to law in an important part of the honorable history of our Bar Association. …

Nobody has the right to question his advocacy and especially to undertake a “test of sincerity” over his political thoughts and his client. …

Attn. Uğur Poyraz is a colleague of ours who was a former president of the Lawyers Rights Center, who made valuable contributions to our Bar Association in this context, and who struggled for his profession. … It is unacceptable to show it as if he were present in a case where he was never present, to show him as an attorney due to an abstract power of attorney, to transform the simplest act of attorneyship into a perception operation with the mystery attributed to prison visits.

It may be her own preference for the columnist to convey her past personal problems or her views on the case, in which she herself is an intervenor, to her columns. However … advocacy is not like what her article depicts. Neither is being a columnist…

All these actions are aimed at preventing well-known and successful lawyers from making defenses in our case. Knowing that successful and experienced lawyers will reveal the violations of law and the proofs of the conspiracy more effectively, the circles hostile to our group want to influence the course of the proceedings by carrying out a perception operation against the lawyers in question.

* The hostile intervenors continue to target lawyers, whom they could not manage to dismiss by defamation on social media, with new strategies in the prosecution process. They try to portray the lawyers as members of the alleged criminal organization, or as people who, through their profession, support the actions of the alleged criminal organization. Among these tricks is giving the appearance of crime to events that do not contain any criminal aspects, and to put the lawyers involved in these events under suspicion.

As a matter of fact, an investigation was opened against Attn. Eşref Nuri Yakışan on the allegation of “membership in the alleged criminal organization” and “committing the crime of threat by taking advantage of the fearsome power (of the alleged criminal organization)”. Attn. Yakışan is now a defendant in the case in which he took part as a defense counsel, and he is prohibited from visiting the detained defendants in the prison. (For details see https://adnanoktarlawsuit.com/2020/09/09/the-decision-to-ban-a-defense-counsel-from-prosecution/)

Hostile people, who do not want to leave even a single lawyer to defend the group, attack these innocent people whose sole purpose is to practice their profession. Even though they do not have any evidence to confirm their imaginary claims, they make unfounded accusations against them and try to make them unable to act in courthouses and defend their clients.

Lawyers’ being taken into custody, being interrogated, being arrested, being investigated for flimsy reasons, being targeted on social media and the media, being the subjects of posts aiming to damage their reputation are all parts of a psychological war waged against lawyers who have clients in our group of friends.

We respectfully submit to the public’s information.

For a list of violations in our case regarding lawyers, please see: https://adnanoktarlawsuit.com/2020/07/02/the-ill-treatment-to-lawyers/

Turkish MP Gergerlioglu on Adnan Oktar case: Arrest of the lawyers is a sign of political pressure